The First Half 21.1KM route starts and ends near the Yaletown Roundhouse Community Centre, goes out on the Seawall, to English Bay, through Stanley Park and back again. The course is marked at every kilometre and at halfway, and is accurately measured and certified.

A waterfront out-and-back course, the ‘First Half’ Half Marathon is a scenic, 21.1KM route that takes place in Downtown Vancouver. Kicking off near the Roundhouse Community Centre, the First Half continues out past Sunset Beach, along the Seawall, and back towards the historic Yaletown neighbourhood. 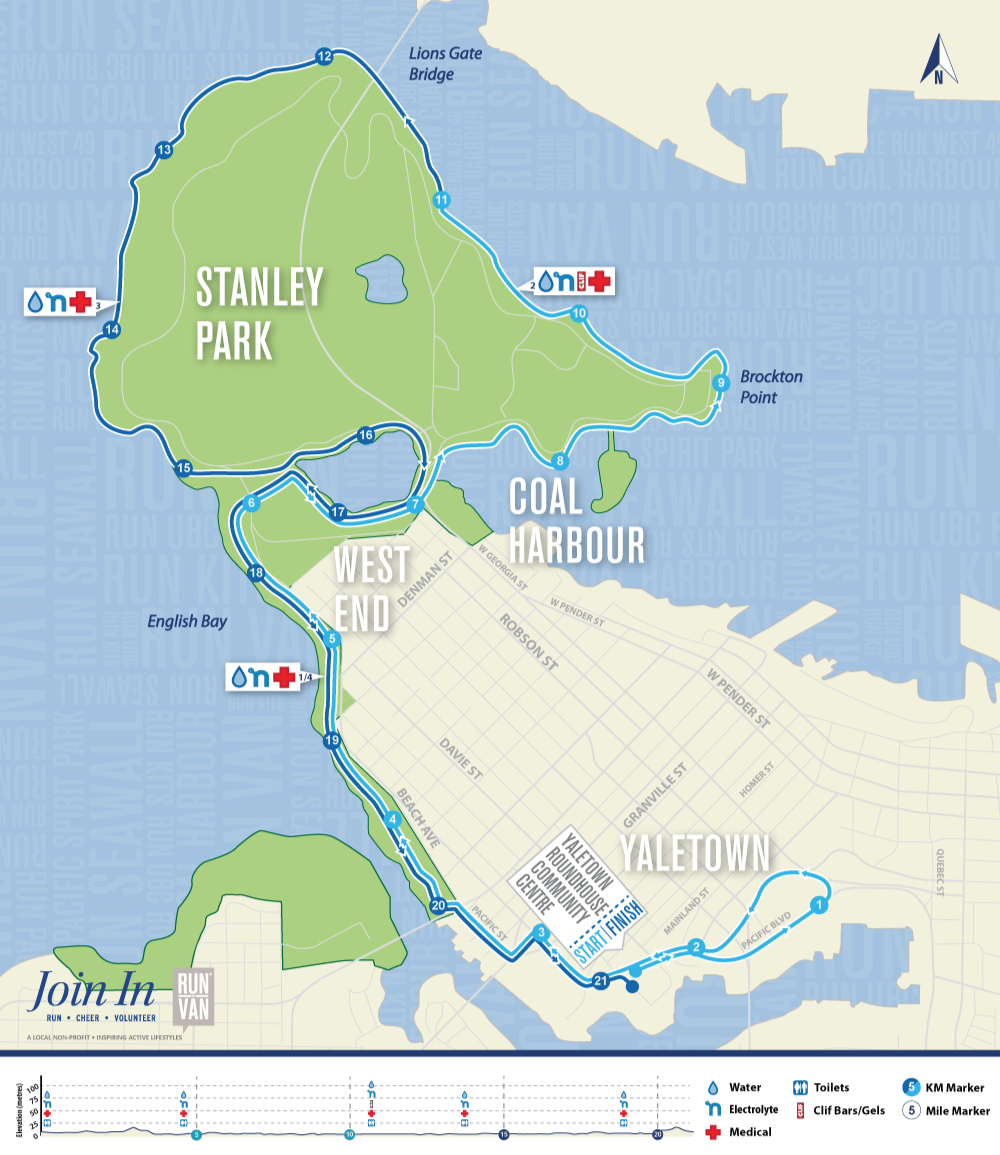 The First Half starts at 8:30am and finishes at 11:30am with approximately 2,000 runners expected out on the course.

Best places to watch the runners: