The fast First Half 21.1KM route starts and ends near Yaletown Roundhouse Community Centre. The Finish Line awaits you near Pacific Blvd and Drake St. The live course is marked at every kilometre and at halfway, and you’ll have course marshals and pacers to guide you. This route will be accurately measured and certified. For temporary road closures, please view firsthalf.ca/detours. If you’re racing virtually, our friends at RunGo have shared other route options with you. Aside from practicing safe, physical distancing, be alert of vehicle and pedestrian traffic. There are no road closures in effect during Virtual Races.

A waterfront out-and-back course, the ‘First Half’ Half Marathon is a scenic, 21.1KM route that takes place in Downtown Vancouver. Kicking off near the Roundhouse Community Centre, the First Half continues out past Sunset Beach, along the Seawall. For the virtual race, you’re asked to please find your own pedestrian friendly route. 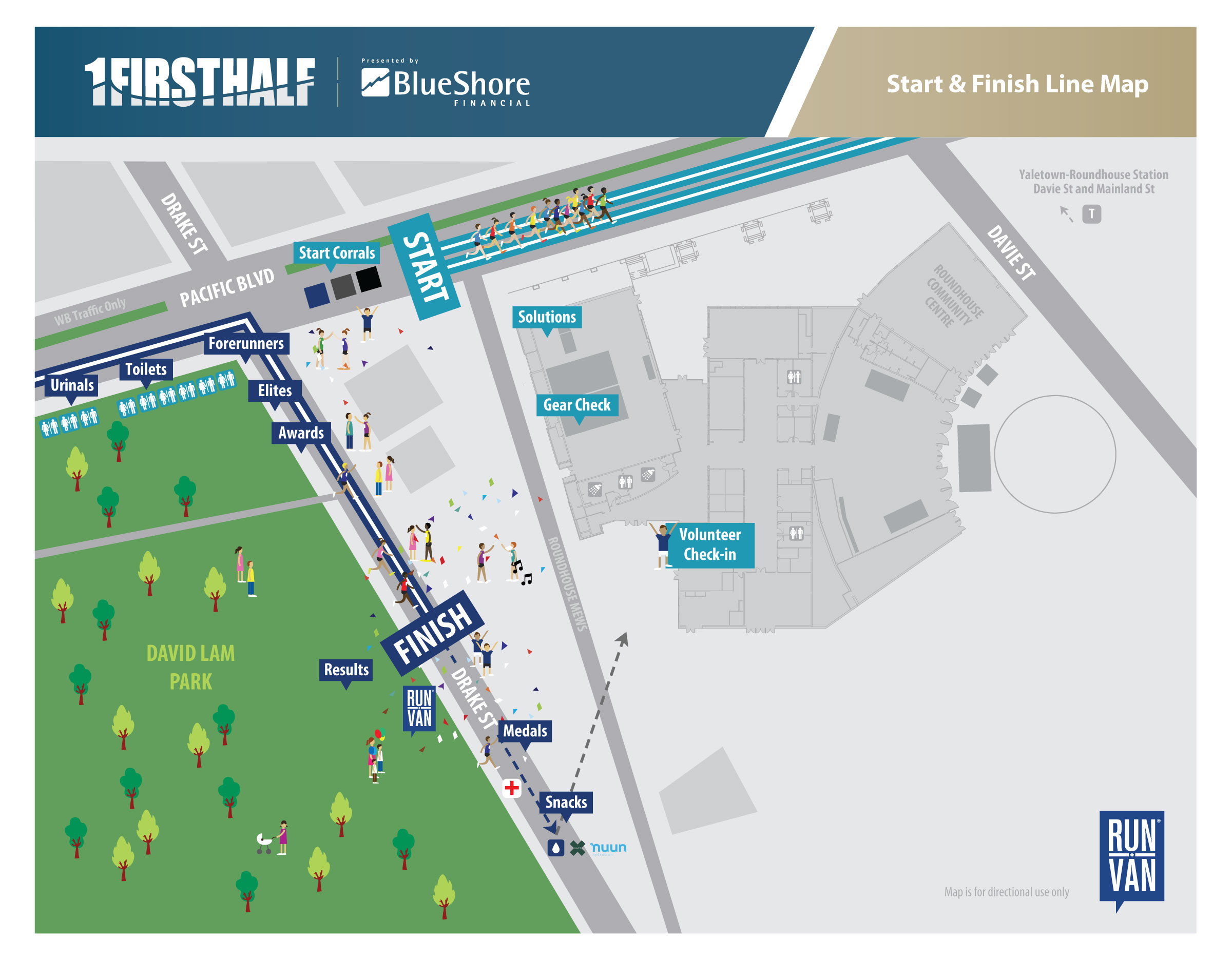 Multiple water stations will be available oncourse for the live in-person event. Nuun Electrolyte will be at each station, plus Xact Nuitrion will be at the station near the 12.5KM mark. Each volunteer station will also include water. Stations and elevation charts are included in the maps for reference.

Note: For the virtual race, there will be no water stations. Please arrange your own hydration accordingly. Thank you for understanding.

The First Half starts at 8:30am and finishes at 11:30am with approximately 2,000 runners expected out on the course.